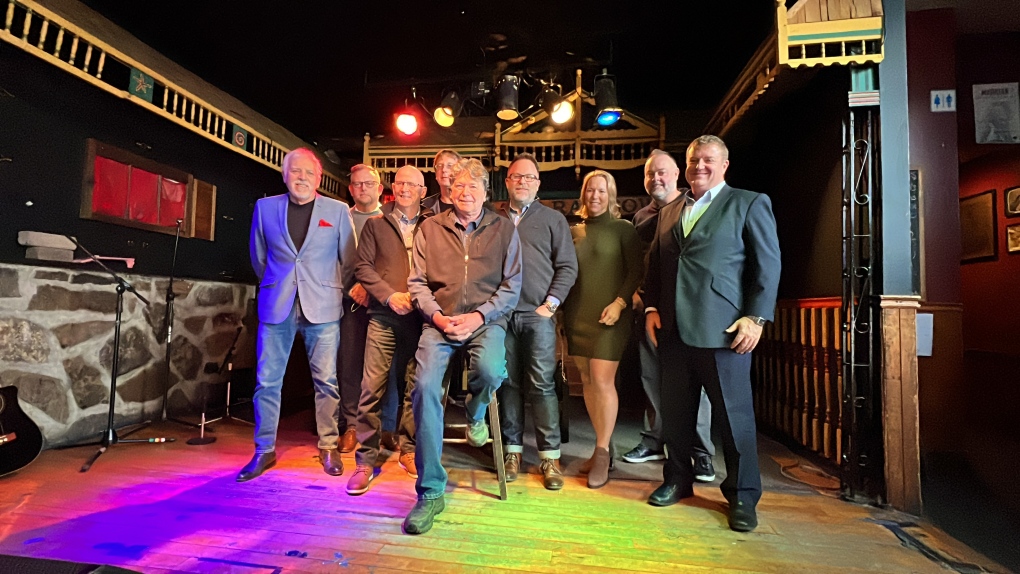 Long live Rainbow Bistro— our CEO, Darren Fleming, joined nine other local corporate sponsors to help save Rainbow Bistro. The legendary venue, which has seen the likes of Blue Rodeo, the Tragically Hip and k.d. lang perform, was at risk of closing due to revenue loss as a result of the pandemic.

OTTAWA — Indoor concerts can now be performed for a full house in Ontario and for the many venues that host events, Ontario’s move to relax the regulations means it’s a chance to recover from nearly two years of cancelled performances.

The show was nearly over for the Rainbow Bistro in downtown Ottawa. Owner Danny Sivyer closed the doors to his intimate concert hall at the onset of the pandemic. Capacity restrictions made the margins too low.

“We were closed for 18 months we weren’t open at all,” says Sivyer. “Fifty people didn’t pay for the band, or the sound man, or the bartenders, and the door man.”

But just as the doors were about to close for good on one of the city’s last longstanding music halls, Kevin Ford, CEO for Calian Group, caught wind of what was about to happen and made a call to meet Sivyer to see how he could help.

“Blue Rodeo, the first time they ever played in Ottawa was here. The Tragically Hip played here, k.d. lang, before anyone knew who she was, played here,” says Ford. “It’s the closest thing from my viewpoint that’s a Radio City Music Hall, where the name bands of many acts in Canada have been here. We have a venue that’s our legacy, where the walls can talk and the posters talk. It gives our artists a place to play, which is important, and it gives us, as Ottawans, a place to go see live music.”

Ford suggested they could raise money through corporate sponsorship, which they did. Ten sponsors purchased space for their logo on the Rainbow’s ceiling, totalling $50,000.

“Which they’re handing over to me, which we’re going to put in the bank and hopefully pay the bills all through the winter until hopefully we can get rid of COVID-19,” says Sivyer. “It’s the city that loves music.”

Music lovers can rejoice. The province has relaxed regulations for concert halls. Capacity limits are gone and general admission, or standing room, tickets can now be sold. Proof of vaccination is required and masks must be worn, but dancing is not permitted. However, Sivyer says he was told by enforcement officials that ‘standing by your chair and shuffling rhythmically’ is allowed.

Jamie Kwong, executive director with the Ottawa Music Industry Coalition, a not-for-profit organization that aims to grow the local music industry, says moving past the pandemic will benefit artists and businesses.

“I see all the bookings now with musicians it’s been amazing,” says Kwong. “And it’s so important for getting crowds out there and getting revenue for venues that have not been able to open and operate.”

Sivyer’s return will be steady. He plans to have bands perform every weekend and will slowly ramp-up to the post-pandemic days of live music seven days a week. But this weekend, especially, will be music to Sivyer’s ears, when Canadian musician David GoGo steps on stage, to play for not only what will likely be a sold-out crowd in a full-house, but a birthday celebration. The Rainbow Bistro is turning 37.