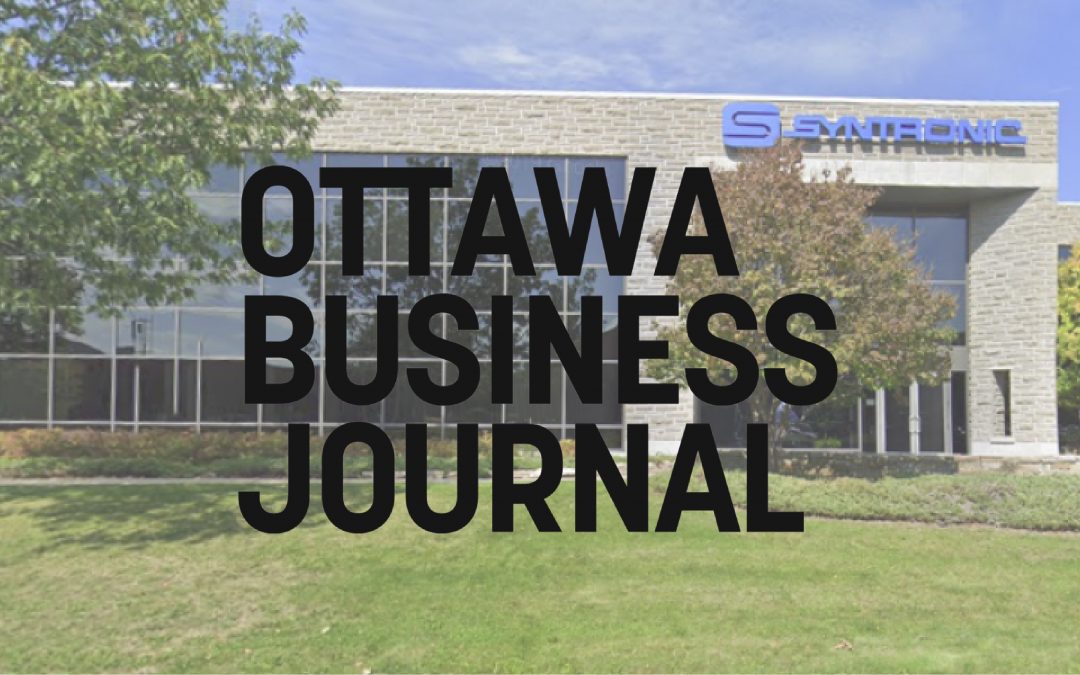 Syntronic Canada, which is hoping to sublease about 17,000 square feet of space at its Kanata headquarters, is one of a growing number of local companies looking to shed real estate. (Source: OBJ file photo)

A move by a Kanata tech firm to place 40 per cent of its space on the sublease market could be the tip of the iceberg for the capital’s office market as companies re-evaluate their space requirements amid a rise in remote work and the prospects of an economic downturn, some local brokers say.

Martin Aass, managing principal at Cresa Ottawa, says his firm has begun working with five clients – including Syntronic Canada, which is looking to shed 20,000 square feet – who are looking to sublease part of their office footprints as well as two more that are starting to search for subletters.

“That is really unusual to see that much activity on the sublets,” he says, noting he would typically see half a dozen such requests in a whole year. “To see five in a few weeks is pretty crazy.”

Darren Fleming, the CEO of Ottawa brokerage Real Strategy, says he just sublet 4,000 square feet of space for one client and is currently helping two others who each occupy about 12,000 square feet of commercial space and want to shed at least half of it. Meanwhile, another downtown tech firm he represents is looking to find a tenant to share its current office space.

As tech firms such as Ottawa’s own Shopify as well as Facebook and others grab the spotlight with plans to go “virtual by default,” Fleming says other companies are also looking at introducing more flexible work arrangements that could see many employees working from home at least part of the time.

“My sense of it is that total office demand is going to shrink,” Fleming says, estimating the overall demand for space in the capital’s office market could drop by 10 per cent in the coming months as tenants reassess their need for large blocks of closely packed cubicles and big boardrooms.

“I can tell you anybody who is considering growing their office space has for the most part put that on hold. I think there’s a whole lot of people who expect they’re going to get smaller, but they’re just not sure how to quite do that yet.”

Ottawa has yet to see a spike in subleased office space during the pandemic, says Ray Wong, vice-president of data operations at commercial real estate services firm Altus Group’s Toronto office ​– in fact, the total percentage of Ottawa’s available office space up for sublet actually declined from 6.9 percent in the first three months of 2020 to 5.1 per cent in the second quarter up to the end of last week.

But Wong says Toronto and Vancouver have seen their share of available real estate for sublet nearly double in the last couple of months, and he expects Ottawa’s rate to rise in the months ahead as companies of all stripes take a long, hard look at how much space they require.

“There’s a lot more discussion in the marketplace” about subleasing, he explains, adding the lockdown is giving companies “time to reassess what their needs are.”

KRP Properties president Martin Vandewouw, whose firm owns and operates 32 buildings in the Kanata area, says he believes many tenants are taking a wait-and-see approach. It’s still not clear how successful teleworking arrangements will be in the long term, he says, adding he thinks many companies are going to press pause on any major moves to shed or take on real estate.

Just as some companies might decide they need less space as more jobs are done remotely, some brokers and other real estate experts suggest that other firms might look to expand their footprints in an effort to accommodate physical distancing and other safety measures in a post-COVID world.

Then there’s another obvious question: if a rush of tenants scramble to ditch excess real estate en masse, will there be enough takers for the freshly available space?

Aass says he thinks subleased space could be an attractive commodity as companies struggle to emerge from the pandemic for several reasons: it’s typically cheaper than direct leasing, there’s usually just a few years left on a deal – meaning tenants aren’t locked into a long-term commitment – and the property is generally ready to be occupied immediately without any need for expensive retrofits.

“You don’t want to sign a five- or 10-year lease if you’re in a state of uncertainty,” he says. “Sublease space has real appeal in times like this.”

Fleming says while he expects to see more sublet business come his way, it’s still anybody’s guess what the long-term prognosis for the office market will be.

“I think the whole world is learning as we go on this one,” he says. “It’s probably going to take a year or two to fully understand it.”