Ottawa Offices Update: Government’s Portfolio Could Shrink by 25% Over 25 Years 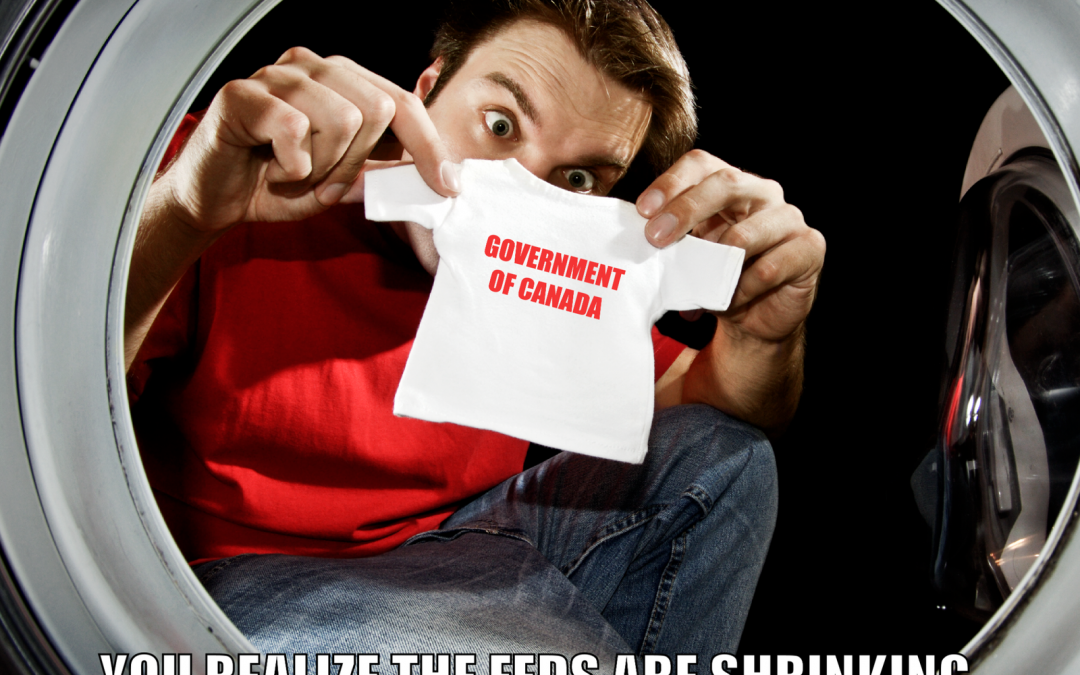 The 27th annual Ottawa Real Estate Forum was held in October and the impact of COVID-19 on different property classes and the market overall was the main topic of conversation.

The forum touched on the current transformation happening in the office market, municipal planning with respect to Ottawa and Gâtineau, as well as the federal government’s real estate strategies moving forward. Among those in attendance was Stéphan Déry (Assistant Deputy Minister of Real Property Services and Procurement Canada) who was interviewed and indicated that, over the next 25 years, the government could reduce its need for office space by upwards of 25%.

So what are the prospective post-pandemic trends that the government foresees for the future of its work environments? It’s probably no surprise but hybrid work models are here to stay for the time being. That said, Mr. Déry was adamant that offices aren’t going anywhere anytime soon but will be morphing to a hybrid or co-working environment, or even expanding in some cases. With respect to the timeline for full-scale return to the office for federal employees, Déry indicated that there is no date set in stone and that the decision is being done on more of an event-driven basis. In other words, the right time is dependent on the larger situation and circumstances rather than an explicit time window.

“We don’t have a date because we are more event-driven. We are in the middle of a fourth wave of the delta variant. We want it to be safe.” — Stéphan Déry (Assistant Deputy Minister, Real Property Services and Procurement Canada)

Given that there are over 100 departments, and real estate decisions also have to sync with IT and HR infrastructures/plans, there’s currently no single government-wide approach that’s been fully decided on. Many federal public servants do want to return to the office when given the chance for social as well as collaborative purposes. There are also employees who’ve been brought on during the pandemic that have yet to even step foot in an office who look forward to meeting their peers in person. For these reasons alone, federal government offices are here to stay — but will likely undergo changes and look very different as time goes on.

“If we reduce, it will happen over time. I haven’t heard of any department saying we are going fully telework and, by default, saying we don’t need offices anymore.” — Stéphan Déry (Assistant Deputy Minister, Real Property Services and Procurement Canada)

The impetus for change

Despite acknowledging that there is a desire on behalf of government departments and employees to have physical offices still, there’s no rush to be signing 25-year leases. In keeping with the event-driven strategy, the feds are taking a nimble approach to their office real estate portfolio and looking at what’s needed now, what will be needed in the future, and what can be discarded.

This potential for change impacts Ottawa most notably given that over half of the federal workforce (140,000 of the 260,000 employees) are in the National Capital Region and more than half of the $5 billion annual office budget is spent here. Furthermore, because of this setup, any decision impacting the government’s need for space has the potential to make huge reverberations in the overall office and commercial real estate markets in Ottawa. However, the driving force behind the evolution being discussed right now is the age and functional obsolescence of a good portion of the buildings the government currently holds and occupies.

“You will see the government disposing of old assets and leasing new space that is carbon neutral or modernized.” — Stéphan Déry (Assistant Deputy Minister, Real Property Services and Procurement Canada)

Upwards of 75% of the federal government’s leases will have to be carbon neutral in the future. Although the government has renewed about 100 of its leases over the course of the pandemic totaling 3.2 million square feet, they could still reduce their space by 30% over the next 25 years just through the unloading of outdated buildings (e.g. the Crown-owned Esplanade Laurier). There’s also the transition towards GCcoworking which will see smaller satellite offices sprinkled across the city giving federal employees a place they can go to work and collaborate that doesn’t require them to trek all the way downtown to the main office.

Over the next three years, the government plans to transition to an activity-based work/hybrid model. Going forward, roughly half of their workforce will operate from a GCworkplace configured hybrid office that belongs to a department, a third will be working from a remote environment (likely at home), and the remainder will leverage GCcoworking sites, to be shared among departments, available on-demand.

By 2050, the allocation of remote-based work and GCcoworking sites will have increased substantially. By then, the intention is to have roughly half of employees working from home on a permanent basis, with the other half split between departmental offices and GCcoworking sites. It’s a sliding scale, as dependency on GCcoworking goes up, the need for departmental office space with assigned seating goes down. The anticipated transition also cements the idea that people will not be returning to the office to simply sit at a desk all day.

“They will come back to be part of a team [and] collaborate. It’s great to use MS Teams [for meetings] but try solving complex problems. Sometimes you have to [meet] in person and that’s what we see as the future of office space.” — Stéphan Déry (Assistant Deputy Minister, Real Property Services and Procurement Canada)

The demand for large government offices in downtown Ottawa and Gâtineau will continue for the meantime. However, given the federal public service’s plan to shed large pockets of space in the National Capital Region over the next two decades, the real question is for how long? As older buildings are vacated by the government, Real Strategy Advisors expects that these valuable, centrally located offices, will be substantially renovated or re-developed creating a significant opportunity for local, private sector tenants.

Contact Real Strategy Advisors today so we can discuss your organization’s back-to-work strategy and how to take advantage of this historic market opportunity.